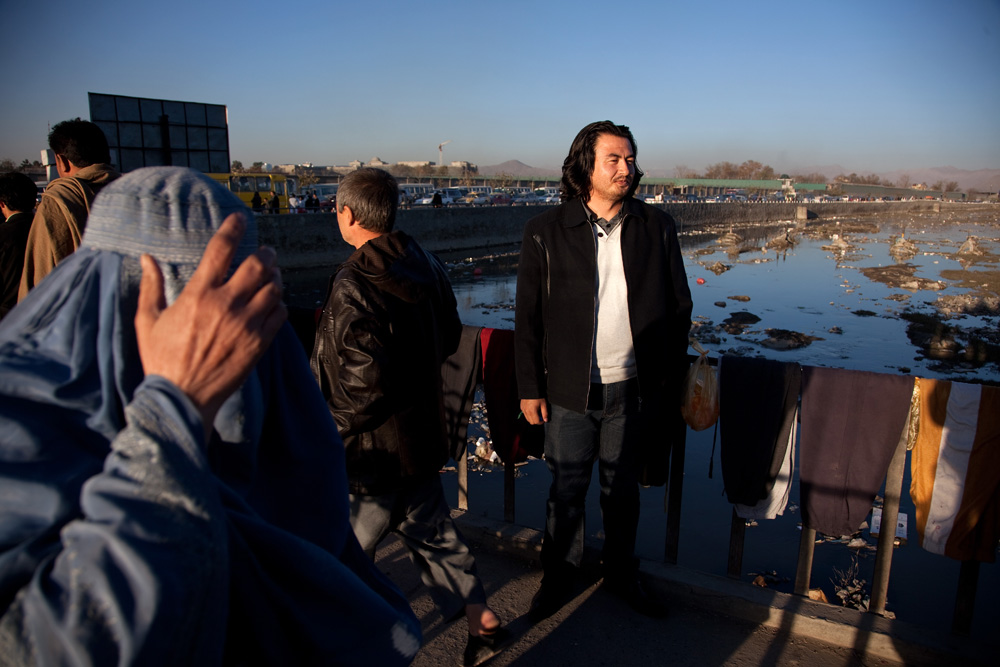 Local Hazara man Waliullah Rahmani Executive Director of the Kabul Center for Strategic Studies (KCSS), a newly established Kabul-based think-tank that provides analysis and research from the Afghan perspective on the region with Afghanistan as its primary focus on a pedestrian bridge near the Abul Fazl shrine in Kabul, known locally as the One Cent bridge. It was called this due to the practise of local Hazara girls being sold for as little as one paisa (one cent) into slavery as recently as the 1920's. Ethnic Hazara's, who have often made up vast numbers of refugees to Australia, having been persecuted and driven from their homes in both Afghanistan as well as from Quetta in Pakistan where a lot of displaced Hazara fled to during the Taliban years. Hazara Shia muslims are looked down upon by the Sunni Pashto tribes that make up the population majority in Afghanistan.