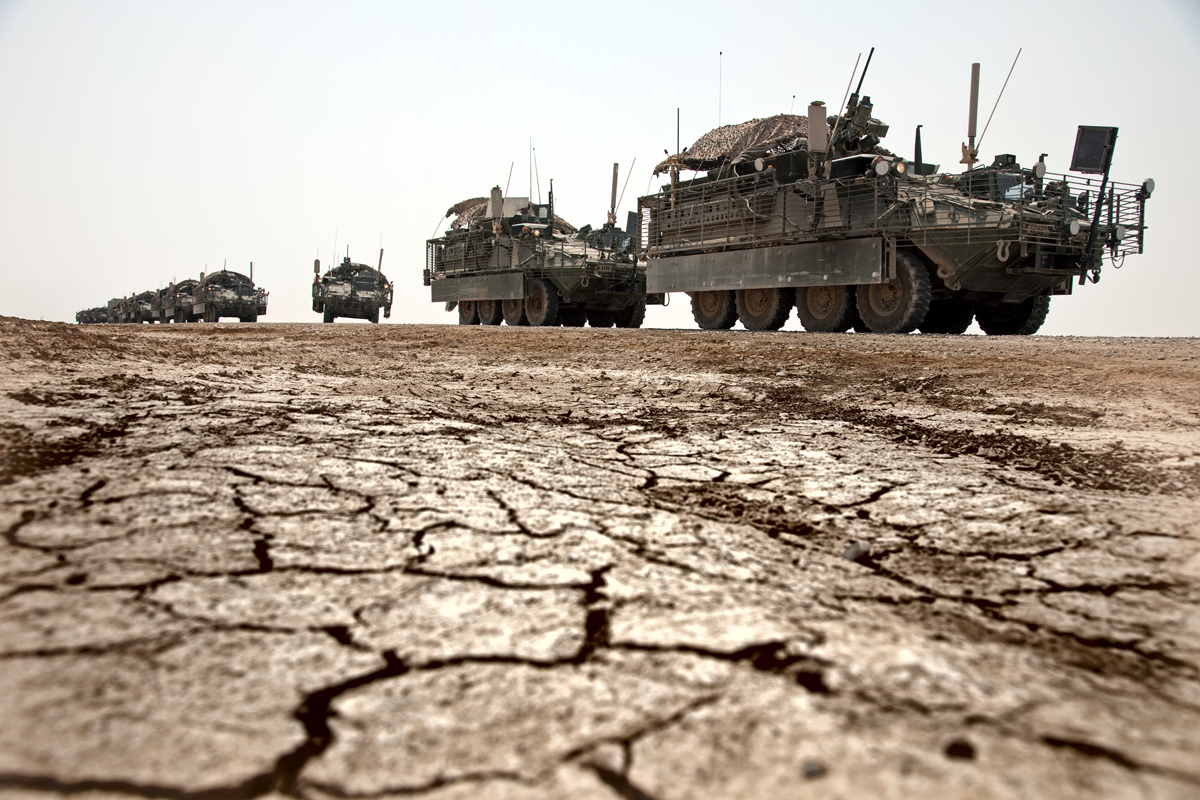 
The members of the 4/2 Strykers Combat Battlion arriving in a convoy to C.O.B. Adder in Southern Iraq after a gruelling overnight journey from Baghdad en-route to Kuwait where they will be packing up and heading home. Iraq is preparing after US President Barack Obama has confirmed the end of all combat operations in the country by 31 August..Some 50,000 of 65,000 US troops currently in Iraq are set to remain until the end of 2011 to advise Iraqi forces and protect US interests.The remaining 50,000 troops will stay in the country in order to train Iraqi security forces, conduct counterterrorism operations and provide civilians with ongoing security, said Mr Obama..An agreement negotiated with the Iraqis in 2008 states that these troops must be gone from the country by the end of next year